5 Theatre Reviews ⁠of The Oregon Shakespeare Festival
Downtown Luxury Apartments in Florence, Italy
Your Guide To The Safest Sunscreens. Toss Those...
When Tim Ferriss Asked Me What Podcasts I...
How To Be An Influencer? What Not To...
How To Be Productive And Win — Eat...
Where To Stay In Florence — A Renovated...
ItalyMy Expat Life in ItalyTravel 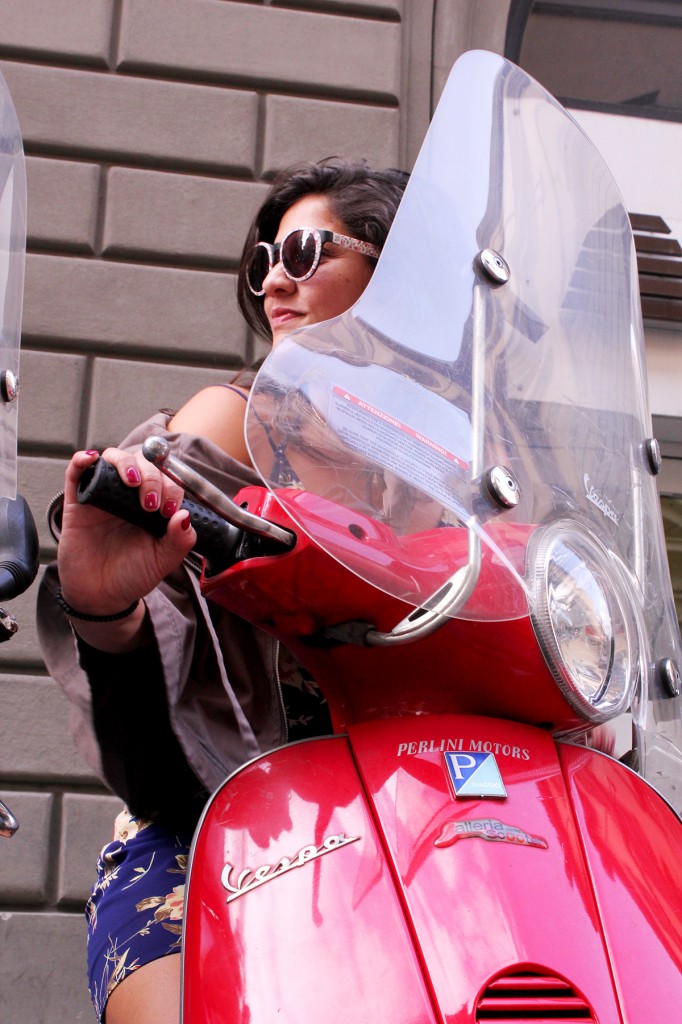 Do you catch yourself saying the most ridiculous things once you’ve learned another language? Besides screwing up words and their meanings, you also have to battle with switching back to your mother tongue fluidly.

Here are the random Italian words that somehow squeezed their way into my English vocabulary.

No matter which language I’m speaking you will definitely catch me whispering a few Mammamia’s around.

I forgot a poop bag for my dog. Mammamia!

This girl is taking too long to order her coffee at the bar. Mammamia!

The bus driver loves to speed up right before he needs to stop at the light, causing everyone to get thrown around. Mammamia!

This is one of those really weird words that don’t work as well in English. Golosa, meaning gluttonous, is often used when someone likes to indulge in food. I’ve been called golosa more than once, not gonna lie.

Since I would sound ridiculous saying “you are such a glutton” I can say “golosa!” and be on my chubby little way.

Ok, this one is actually annoying. Italians use protagonista in ever press release, article—you name it, they have inserted it somewhere, anywhere in the copy.

Then low and behold, when it is translated poorly you get protagonist. Is this a Jane Austin novel or something? Am I in English class, which I sooo did not do well in? I may have had protagonista slip out of my mouth, but only because I was talking to Italians.

I think we can all agree that basta is a mighty fine word! I love it. It goes with any irritating scenario known to man, just as well as asparagus goes with eggs. P.S. That’s one killer foodie combo!

Your friend is going on and on about her shopping spree. Bastaaah!

Your date is serving you way too much pasta. Basta!

Now a moment of truth, do you say pronto when you answer the phone no matter if you’re in Italy or back home?

10 reasons to stay in on Halloween

[…] 4 Italian words that are now a part of my English vocabulary, not necessarily by choice but out of habit.  […]

I totally agree with the mistranslation of “protagonista…” The protagonists of the wine tasting are…. *gag* But then, in Italian, I get it. :-/

But even in Italian it seems to be such a heavy word, too serious, but then again their writing is more fluffy than ours.

What does “protagonista” mean in the Italian sense? Since living in France, my English is not so good anymore. 😉

Like the main character or product or whomever is the center of the story. You never hear it in English since we use it only relating to literature, but the word in Italian seems to expand to real life too.

“Basta” and “mammamia” are definitely on my list too! 🙂 Back home when I have to give a contemplative answer I tend to start my sentence with “Allora….” with a good dash of “quindi…” thrown in to wrap up the convo.

I absolutely love quindi, but have noticed I don’t use allora as much as everyone else does. I’ll have to change that!

Ha ha brilliant Mammamia is my favourite, if I lived in Italy I’d be using it all the time! 🙂

Haha, in Spanish, goloso/golosa means you have a sweet tooth! Interesting how in Italian it’s just a glutton, not just for sweets!

Ya in English it can be used for excess of anything, but I guess we use it more for food. It’s such an awkward word in English, cracks me up.

What about “makaay?” (pretty sure that’s not the right spelling but it’s pronounced that way)

I have been out of Italia for over a decade now but I still catch myself whispering makaay, and the hand gesture just comes naturally with it.

Haha, “ma che” is a good one I find saying often too!

Ah yes! Ma che!!
I presume hand gestures are settling into your system well too.

Yes, it’s always been hard not to move my hands when talking!

You can use Ghiotta too.