Winter is here and it actually snowed in Florence today… well we had a few hours of light flurries, but I’ll take what I can get! Abetone, the Tuscan mountain range, opens December 8th. It would be great if I could get up there and warm up my novice boarding legs before we hit the Alps for new years. If I don’t make it up there in time then maybe I’ll have a go at Firenze Winter Park—it’s cool that there’s a slope to ski and board on in the middle of town.

Here’s a list and description of each full length and short skiing and snowboarding movies I’ve watched and really enjoyed… starting with my favorite.

Keep in mind, some are serious snowboarding movies and some are Hollywood comedies—you need a yin to each yang.

The Art of Flight

This film completely takes you away and makes you believe that you are so totally pro! The music and cinematography are amazing. I had the chance to go the opening of it in Boulder, Colorado’s Boulder Theatre with a thousand other snowboarding enthusiasts. The whole crew was there to present their film and everyone had a whiskey in-hand cheering as the movie began. It was a beautiful film that made me proud of myself for starting to snowboard at 30 years old… it’s never too late.

Imagine boarding in complete darkness. Then imagine that the only source of light is, well, you! I love the music and imagery—it’s so calming—I can watch and listen to it on a loop all day.

Here’s an amateur video of guys boarding the whole city of Florence when it snowed in December 2010. I wish I was in town to have seen it for myself. See if you can recognize any of the areas they boarded.

The Balance of Powder

Besides inspirational voice overs, the cinematography is fast and beautiful. I can’t ski if my life depended on it, but it’s so inspiring to watch athletes living out their dreams. It reminds me of old surf movies that my Uncle and I would watch in the 80’s and 90’s, gnarly shit. A cool soundtrack doesn’t hurt either.

A Warren Miller film kind of says it all. Great shots, passionate skiers and a decent sound track is all a movie really needs. It reminds us to ‘get off the couch and ride some powder.’

This movie is so ridiculous—a group of guys get sent back to 1986 while they were in the hottub of their ski house. It’s great to watch with a group of other skiers and boarders. Besides the hairdos and loud outfits, nothing says the 80’s like John Cusack.

I remember this movie as a kid and thought it was so stupid, but never really ‘got it’ until 20 years later when I started snowboarding. It’s a cult classic.

Welcome to the 90’s. This is just a classic that everyone who lives in the snow should watch at least once. ‘Once’ is the operative word, but still a must in any case. I love how ski movies always have rivals between the upper class a-hole and the loser rogue skier. The rogues always win and get the girl at the end.

Movies on my Watchlist 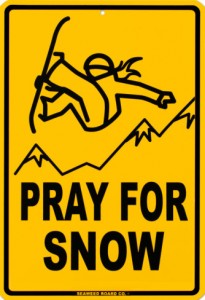 A day with Romeo and Juliet in Verona