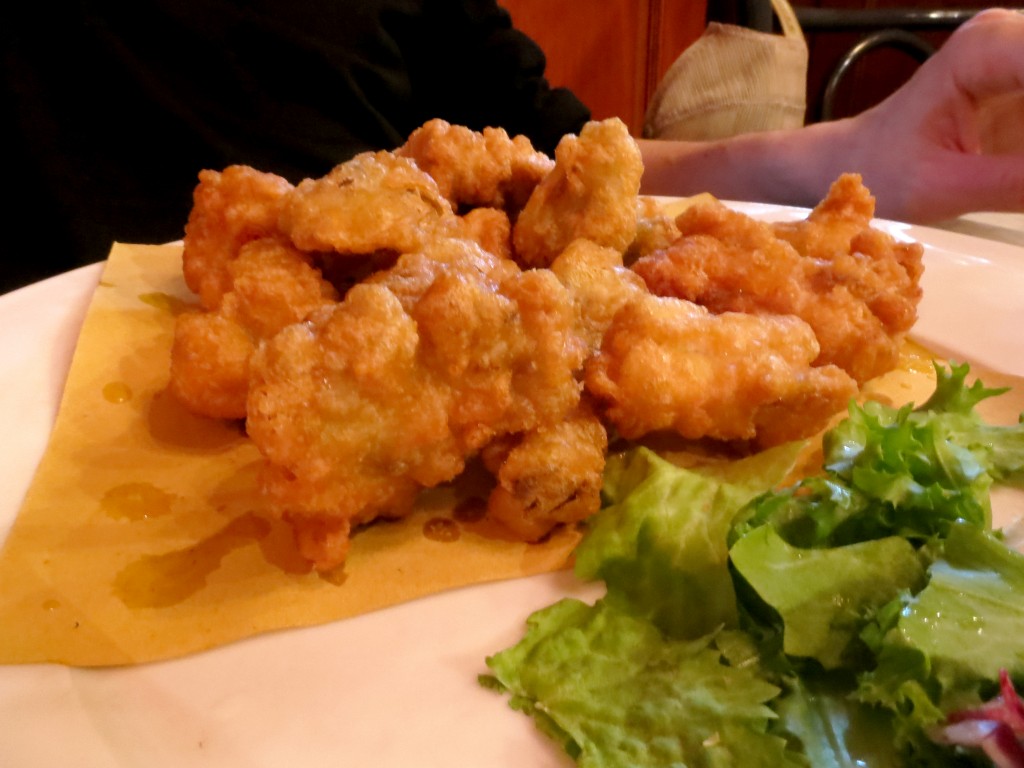 As adventurous as I think I am in the culinary department I never thought I would be sitting at a cute Italian restaurant eating brains. Luckily, they were fried beyond recognition.

My husband, Niccolò, loves eating brains, which I am sad to admit. This was a fact that I didn’t know about until we walked into the Sant’Ambrogio market in Florence last month.

He spotted a small cow brain and started to smile. I screamed and slapped his arm. Nicco wanted to buy it to fry and eat at home, but luckily we weren’t allowed to because we told the butcher that we were going to be walking around downtown for a few hours… and basically it’s very dangerous to not keep it refrigerated. It must be consumed within one to two hours once out of the fridge. Phew, I escaped that day.

Eating brains for the first time

Last week we took a nice, spring walk to Godò for brunch. It’s a charming spot by Le Cure, a Florentine neighborhood, with outdoor and indoor dinning known for their unique specials. Lucky for Nicco, brains were being served that day. They were brought to him fried along with fried artichokes.

It was finally my time to try brains. I first prepped by eating a few fried artichokes hoping I would not be able to tell the difference once I munch on brains.

My first bite was quick. I wanted to just rip off the bandaid and say I tried it and move on.

It wasn’t that bad. It has the same consistency of butter that’s been out for a few hours—creamy and thick. The flavor was a bit strong, so I was only able to manage a few little bites, maybe three.

Humans seemed to have enjoyed soft, tender antelope brains way back when. I don’t doubt that brains were something to look forward to after eating lots of red meat. The texture is so different and smooth that I can understand its appeal.

The owner of Godò told me that it’s a very typical Tusan dish and that the older generations always order it if it’s on the menu. The Florentine youngsters are not as infatuated with it… just my husband.

Brains have an off the chart high level of DHA, an omega-3 fatty acid that’s important for the human body. However, the benefits seem to stop there. Unlike other ‘taboo’ food like horse meat it has 12% fat and is very high in cholesterol. The great news is that if you’re lucky you won’t die from a fatal disease that you can get from digesting it. 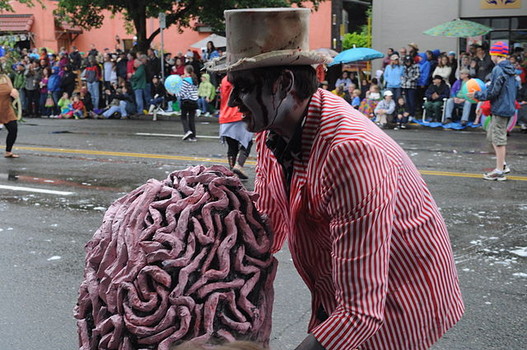 Unless you’re a zombie or like playing Plants vs. Zombies then you may not like brains, but if you’re feeling daring go for it. Personally, I can live a fulfilling life without trying them again.

Did you cringe? Please share and comment below. I would love to know if you’ve tried eating brains or any other off the norm food.

Getting fat after marriage: yes, please!

Haha – good stuff. I must admit, yours looked much tastier than mine – having been fried first. Can’t wait to enjoy more of your adventures in Florence.

Yes, I think the best way to try it the first time might be fried. Now I’m ready for the real deal… I have to try it at least once… curiosity killed the cat!

Eeek! You are one brave ragazza. I have seen “sesos” (brains) on the menu at a few places in Madrid but have been too chicken (harhar) to try them. I don’t think it helped that they weren’t fried…

Ah, yes fried is the way to ease your way into eating them. I like to try everything, so I can compare it to things and relate to others and all types of food, but by no means is it my dish of choice. lol, stick to serrano ham! 😉

[…] The owners are best friends with my husband so we may be biased but it really is the best in town! I recommend other dinner spots in this post so that you get Tuscany by the plate full, but if you’re here for more nights, please reserve a spot at Cibrèo Caffè! P.S. they’re famous for their non-pasta dishes, like lamb brain. […]

[…] you want to call them? Every time I order one it always sucks, completely. I try to wrap my brain around the fact that it’s the one thing that’s not made well in […]

[…] the water. Yes, we have the Arno River, but eeek! So, you’ll find me eating more red meat and brains than a plate of seafood more often than not. There are of course great restaurants like Caffè […]