5 Theatre Reviews ⁠of The Oregon Shakespeare Festival
Downtown Luxury Apartments in Florence, Italy
Your Guide To The Safest Sunscreens. Toss Those...
When Tim Ferriss Asked Me What Podcasts I...
How To Be An Influencer? What Not To...
How To Be Productive And Win — Eat...
Where To Stay In Florence — A Renovated...
Uncategorized 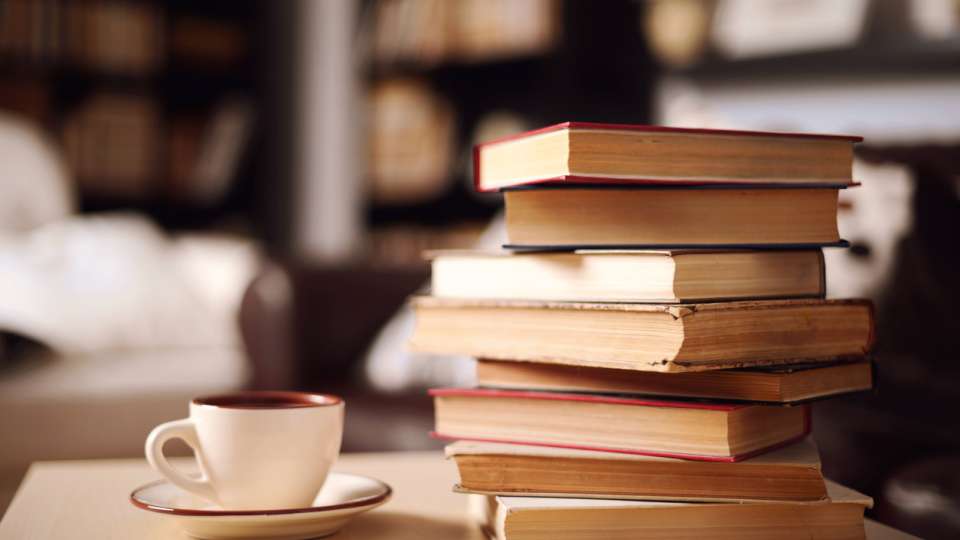 I found lots of time on my hands in August, a month when everyone leaves the city heat and flocks to the seaside or mountains. It was the perfect time for me to pick up reading again. I was really excited about this. I read four books at a time… a new record. Here’s what I read during my second month being marriedto an Italian. I’m sure the titles scream ‘newlywed’.

Memoirs of a Bitch 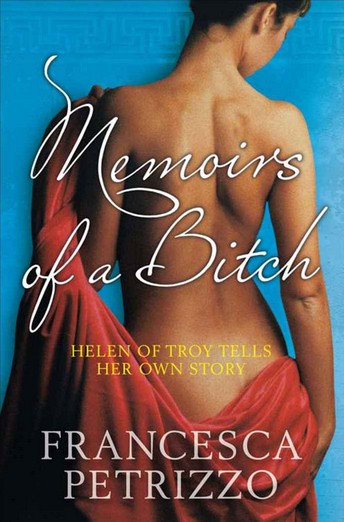 This book caught my eye because it was of Helen of Sparta A.K.A. Helen of Troy‘s story told by Helen herself. I wanted to be taken away, back to history to witness a time of deep love in the midst of war. It was a very fictional novel, but still somewhat intriguing to read. The pages were filled with analogies and metaphors… a bit heavy for my taste. Although, it has made me more interested in personal recounts of historical events, so I hope to pick up the real Helen of Troy to understand what really happened. It was published in 2011 and written by a very young Italian woman, Francesca Petrizzo, from Empoli. I purchased it at a bilingual bookstore in downtown Florence, ibs.it.

This was a great read—short and fast (no pun intended). Nicco bought The Female Brain and when he finishes we’ll swap. Might as well read about each other’s brains then discuss it over wine. Basically, it was a to-the-point recap of every stage in a man’s life, from embryo to death. Quite interesting, but not surprising. It helped me remember how different both sexes are and that we need to embrace each other’s differences more often. Growing up in Miami, I always heard and even used this Spanish proverb quite often, ‘Mujer que no joda es hombre’, meaning ‘A woman who does not harass is a man’. Men must allow women to be women in all forms and women must allow men to be as they are in their own form. It was written by Dr. Louann Brizendine who has studied the male brain and all its glory for many years. I also purchased this at ibs.it here in Florence. 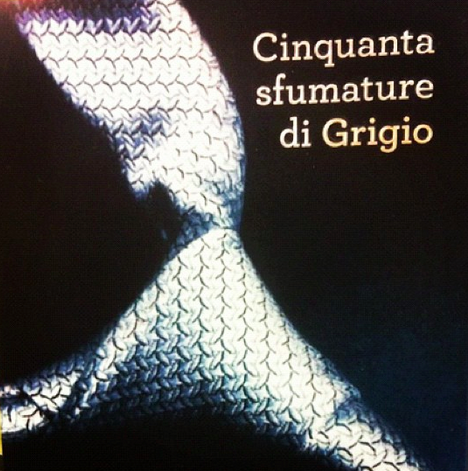 Ha, I wished I read Fifty Shades of Greyin Italian! Well, I didn’t, I cheated and read it in English. A travelling friend let me have it after she read it. I was already in Italy when all the hype was going on about this book. I felt left out of all the U.S. gossip and Facebook posts, so I elected it as my third book. It was, uh, well, you know… I can see why there was a spike in pregnancies when this book came out. Now on to the next two of the series.

Coming to our senses 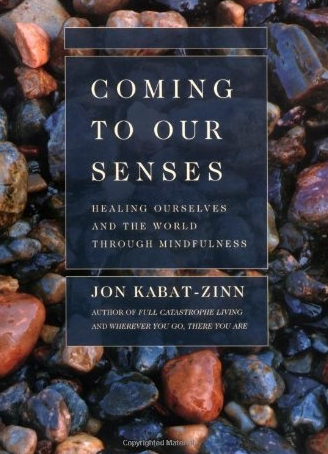 This book was leant to me by a new friend I met in Florence, a fellow expat. Seeing that I was running around like a chicken with its head cut off trying to plan my wedding the month before, she saw this book as a ray of hope and relaxation for me. Moving to Italy was a whirlwind and planning a wedding abroad even more so! This book helped me remember how important it is to appreciate things and be mindful of all the blessings that I have, like my Italian husband and great family. The book was long, kinda monotonous, but extremely improved at the end. It took too many (hundreds of) pages to get to the meat, which basically preached the importance of meditation and mindfulness. It was written by Jon Kabat-Zinn, the founder of the Stress Reduction Clinic and the Center for Mindfulness in Medicine, Health Care and Society. He has written many more, possibly better, books than this one.

Next on my list is Lucrezia Borgia ‘The most notorious woman of the Renaissance’ by Sarah Bradford. What other books should I add to my wishlist besides these?

Top 7 ‘harbor’ pictures of the week for Frifotos

Top 6 ‘cloud’ pictures of the week

This fruit is bigger than my head...

There is no doubt that the interaction of the sexes holds mysteries that elude even the brightest minds…. Perhaps more so the brightest minds than the more intuitive ones. It’s a fascinating topic to me and one of the most brilliant evolutionary psychologists I’ve come across to embrace this topic is Helen Fisher PhD. She writes with Wit and and a candid simplicity that seduces the brains of both sexes. She has four books, but the one I recommend is “why we love”.
Another favorite of mine is the renound intellectual, contrarian and charmer, Christopher Hitchens who is recently departed but will live on in the body of literature he so elegantly assembled over the years. He was an English Ex-patriot who amongst other things wrote for Vanity Fair. He has become somewhat of a YouTube celebrity because of his reluctance to conform to the established norms when it comes to religion. I found his autobiography to be not very cheery, but entirely interesting and I recommend it. It called “Hitch 22”. It reminds me a little of my years growing up in England.
I never knew you were such a literati and confess I am rather impressed!
We want more Florence pics !

Oops… sorry for the typo’s… iPad..

Magana, I adore Helen Fisher. I have watched many of her videos and read articles, but yet to read her books. She is amazing to watch and very inspiring to listen to. Thanks for the reminder and insightful comment! I will check Helen and Christopher Hitchens out; they have been added to my wishlist.

Yes, I love to read when I have the time and energy. There are so many wonderful novels and honest books out there. Too many for just one set of eyes. 🙂

I will share more pix of Florence, I promise.
t

I will never forgive you! 😉

Hi – ever considered reading novels “set in” Florence to add that extra ‘je ne sais quoi’ (not sure how to say this in Italian!) during your stay there? Perhaps The 16 Pleasures by Robert Hellenga; A Time of Mourning by Christobel Kent; something by Lucretia Grindle… Enjoy!

yes, yes, and yes! i am dying for great reads while i am here! thank you for the recommends, i will add them to my list! i have a few i am excited to read—of the top of my head… Invisible Women, Lucrezia Borgia and anything on Catherine de Medici.
Thanks for sharing!

I don’t have any recommendations off the top of my head, but I would love to read Memoirs of a Bitch after reading your take on it. Thanks for the recommendation!

Your welcome Emily! It was an interesting fast read. However, I more so recommend finding a novel on the ‘real’ life of Helen. But, this was fun, which what reading is all about. Enjoy it and tell me what you thought.